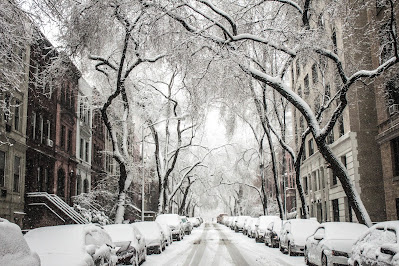 I am taking a free course on Coursera called "The Science of Well-Being".

Today I watched an interview with Dr Nicholas Epley.

He described a study his team did on the Chicago trains. Volunteers either were assigned to a group to talk with fellow commuters or be solitary or do what you normally do. Three groups. Most people don't talk to their fellow commuters. After the volunteers finished, they were asked to submit a short questionnaire. Basically, the results were that people predict that a conversation with a stranger would be unpleasant and that's why we don't talk on trains. But, the volunteers who talked to folks actually enjoyed it and were happier afterwards than the folks who traveled in silence.

All the times I rode MARTA, most of the time, I wasn't brave enough to start a conversation. Ditto when I moved to Salt Lake City and had a whopping hour and a half commute from Provo to University of Utah Library. I never talked to my fellow passengers. Until the day we had a huge snow. I was out of sick leave and couldn't call in, so I boarded my bus and it took 4 hours to get to town. It was fascinating to see soooo much snow for this Georgia girl. I spent the day taking calls from folks who were taking a vacation day because they couldn't get out of their driveways. Then came the commute home. That took 5 hours because of a huge multi-car accident. But, this time, stopped dead on I-10, people were asking the driver what was holding us up, and he said dispatch depended on the drivers to let them know! Several people left the bus and began talking to stranded motorists to find out what was going on. When we saw people outside and heard the pleasant conversations, many on the bus began talking and we had a group conversation! It was wonderful! I will never forget that day. I made a lot of friends on the bus, people from all walks of life. Though when some of us started talking religion, some of the group dropped out of the big group conversation but did get in smaller groups. The smaller groups were livelier because it was much easier to hear each other. After that, I sat with a friend I'd made and had many wonderful conversations on my commute each day. And, many of the others made friends, too. It literally changed our commute on that bus for as long as I continued to take it!

I can vouch for the happiness effect. After I had the snow day and got to know my fellow commuters, I looked forward to sitting with my buddy on the days our commute coincided, and I was a lot happier with my commute.

One of the things that made my workday pleasant were the many conversations I had with folks at work. The social aspect of work kept me going even when my work wasn't very pleasant and when I didn't feel well, which was often. I've been disabled since childhood. I was always willing to work and worked hard, despite the difficulties, but working wasn't easy for me. I changed jobs a lot to try to avoid heavy lifting, which would aggravate my health conditions, but it seemed that every job had me lifting 20-50 pound objects. But the hardest part of becoming disabled at 40 was having to give up most of my social life, which happened at work.

I share this story with you to encourage you to yes, talk to strangers you meet. If you are an adult, you need social contact, and that few pleasant words with a stranger, if they are pleasant, will enrich your life. Don't let your fear of a negative encounter rob you of the pleasantries that await. I've had many pleasant conversations with homeless people, for example, and most of those didn't involve a plea for money. Even when I've had to admit I didn't have any, I have still had pleasant conversations after those few, and they are usually very understanding about it. These encounters have been in public places and not in homeless camps. Most of my contact with strangers starts with a smile at an employee at the doctor's office, but I plan to start talking to patients in the waiting rooms as well after learning about these studies.

You can take this free course on Coursera:

Posted by dannistories at 4:02 PM